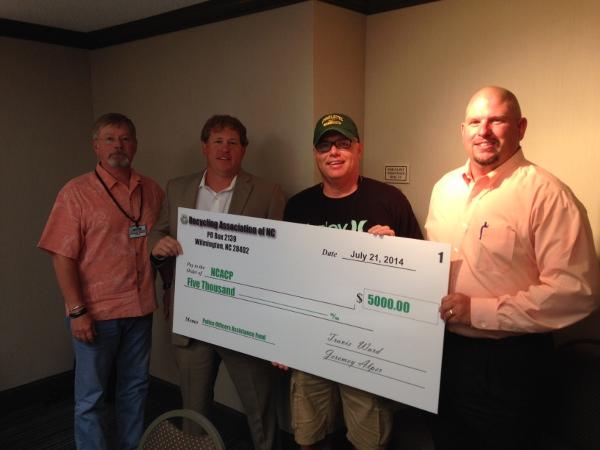 The Recycling Association of North Carolina (RANC) presented a $5,000 check to the NCACP Board of Directors in Wilmington on July 21, 2014. This initial check was presented to establish the NCACP Police Officer’s Assistance Fund – Sponsored by the RANC. The RANC Board of Directors made the decision to support this new program that will assist officers and/or their families when an urgent need arises.

On behalf of the thousands of North Carolina Police Officers, the NCACP would like to sincerely thank the members of the RANC for their generosity and support of the men and women who serve and protect their communities every day.  Sir Winston Churchill said, “We make a living by what we get, but we make a life by what we give.”

RANC Board of Directors